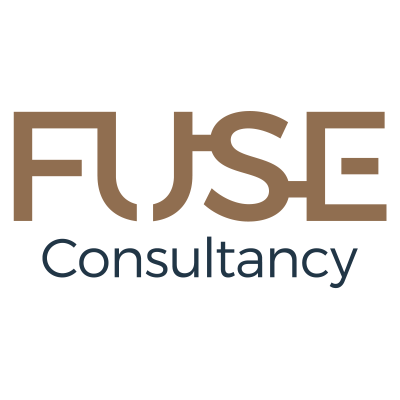 Introducing the client: Roger contacted me for advice and support in starting his own consultancy.  After a career within the insurance industry, his most recent role - from which he took redundancy - was at C-level.  Already highly commercial and experienced he felt the timing was perfect to start his own consultancy but felt he'd benefit from guidance in doing so.

The journey: After an initial in-depth meeting Roger and I developed a strong leaping off point and I'd developed a confident understanding of what Roger wanted to achieve in the short and longer term both for his business and for himself personally.   The process of business plan development followed and this helped to further refine the business and the path forward.

Over the coming months I put together Roger's website guided him in the research needed.  A marketing plan that focused heavily on strategic networking was needed.

The launch: With the website complete, LinkedIn reviewed and refined and social media in place we were ready to launch and start to approach potential clients.  Roger quickly secured his first contract with a large corporate organisation in the FMCG industry.  That contract was completed but not before we were able to secure a further contract which is continuing currently.  I have continued to support Roger beyond his initial 6 month support contract in building his business.

"Cressida is an excellent small business mentor, professional in her approach, diligent and thoughtful with her guidance. I can genuinely recommend her to the leaders of any SME business." Roger Lewis, Managing Director, FUSE Consultancy 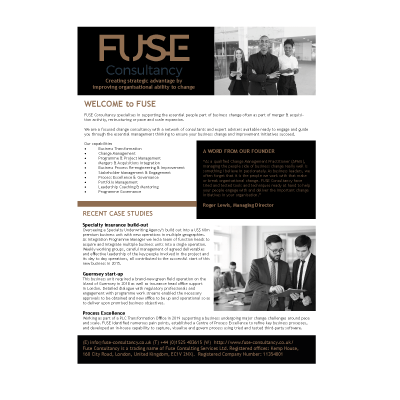